I've done a half decent job of outrunning the winter so far, with only the occasional hypothermia-inducing downpour, but I've run out of mainland Europe to escape south to.

There's nowhere else left to hide.

I was going to garage the bike and go skiing till the weather came good again...

But then, Ben showed up.

Ben and his fucking epic stories.

He was planning on hitchhiking down to West Africa.

"Piss on that. Come on the back of the Enfield. We'll go together. You n me."

And so, I adopted him.

Ben bought a helmet - that morning - and we were off.

Two up, on a Royal Enfield.

It was like something out of The Motorcycle Diaries. Except this guy wasn't my best mate...

In a very short space of time we've covered some serious mileage, put in some serious hours. Ben hasn't complained once, even after ten hour days on that back-seat. Must've been a nightmare, the thing's the size of a hand... Yet, not a peep. Half the time I forget he's even there, and I start singing to myself. He's so quiet.

The Enfield hasn't skipped a beat. It's handled the overload with aplomb.

The three of us have gone down the Mediterranean coast of Spain, till now, we find ourselves, on the rock of Gibraltar.

The end of Europe.

I can see Africa.

I can't believe how close it is. 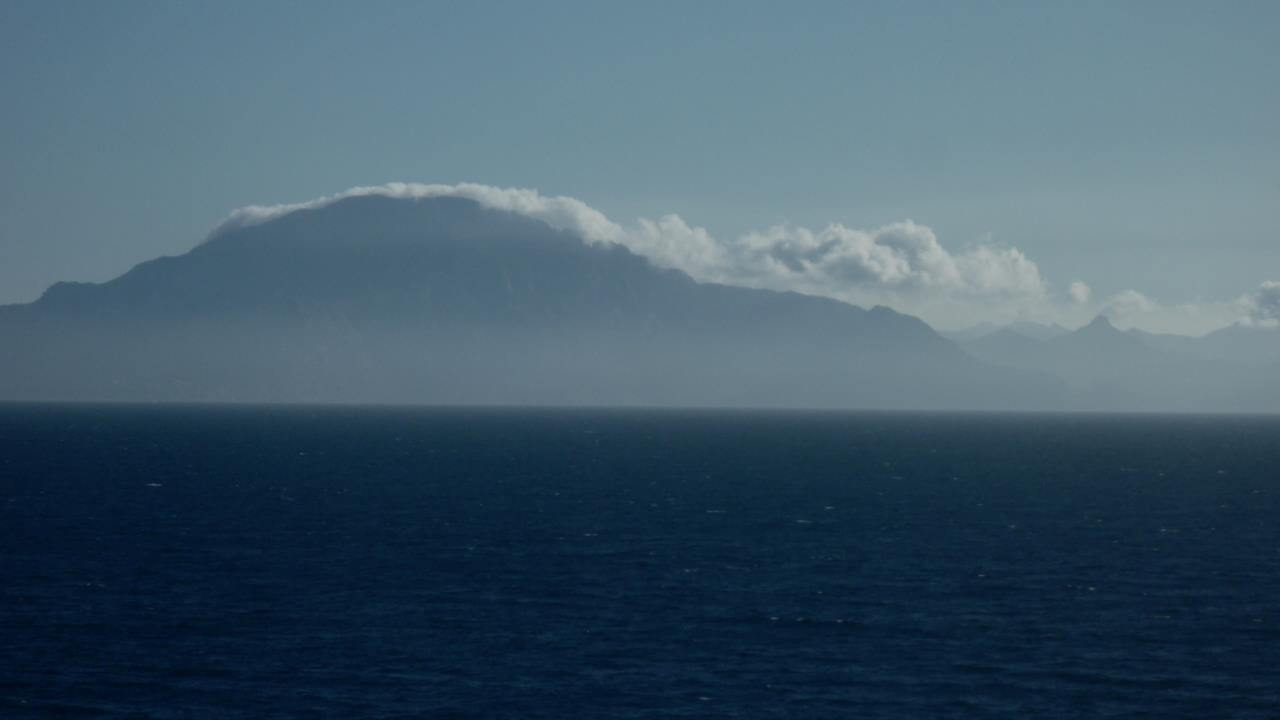 I've asked Ben a thousand times. About everything. Every possible thing.

I'm not convinced that Africa can be done. At least not like this...

I feel like I need a 'War Room' of people back home, some sort of support. People who can sort shit out and send in the Marines when the proverbial shit hits the fan.

Ben assures me it won't be a problem...

I trust him. But I'm sceptical as fuck.

He's so lackadaisical, so thoroughly nonplussed.

He seems to be bordering on boredom...

Is that assuring? Or concerning...?

We show up at a monstrous shipping port, pick a boat that looks like it's leaving soon, and ask to go to Morocco.

We pay, and ride into the hull.

Passport, prepare to get devirginated.

My first ever, proper border crossing.

It's too many firsts at once...

I'm not prepared for this.

For a start, I don't have the papers. Not even close.

I also don't have an up-to-date yellow fever certificate, which is another dealbreaker (I've had the injection, I just don't have it officially written down anywhere...)

Tossed naked into the deep end.

The mountains of Morocco loom large through the fog, getting closer and closer. I think Ben's ready to fall sleep...

The guards or border officials or whatever are nothing short of resplendent.

Flamboyant sky-blue military style get-up. They look just like Paul McCartney in the Sgt Peppers cover, except with hats...

Ben loves it. He reckons they’re the best dressed border guards on the planet. And he'd know.

I park up the Enfield at the post, and it's a circus.

Three carloads of people, maybe five guards or officials or whatever, and everyone's yelling.

Forms in French and Arabic are being moved about.

I've got no fucking idea what I'm supposed to do...

Ben starts quietly doing his thing, grabbing forms and filling them out for himself...

I feel like that kid at school trying to cheat off everyone else, but I'm way behind the curve. Like, way behind.

Fuck. I thought he was going to help me through this...

The bastard does his paperwork in ten minutes, gets stamped into the country, and goes and sits in the corner and waits for me.

I try to grok it, but there’s no rhyme or reason or procedure. It’s not obvious who I have to talk to, or what papers I need to show, or what paperwork I need to fill out, or how any of it fits together.

No one wants to help me.

But, then again, no one wants to fuck me either, which is a relief.... I was sure that the moment it became evident I was an utter novice at this that someone, or everyone, would try and pull my pants down...

It seems like I'm more of an irritation than anything; I get the distinct feeling that I'm giving everyone the shits with my English tongue.

I bounce around the border post, try to keep smiling, and, eventually, somehow, I end up with a visa in my passport and a 'laissez-passer' for the bike. I dunno what that is, it's just a slip of paper with incomprehensible gibberish and a stamp... Might be something like a temporary carnet..?

No one's stopping me from leaving...

I go collect Ben, and we ride out.

As the sun sets, Ben and I make it into Tangier, the closest city to the port.

It's full of confusing tight alleyways that spaghetti all over the place.

The thumping bike makes a hell of a noise in the tight space and draws a lot of attention.

The place reeks of cat piss, and already the locals are haranguing us.

Hell of a welcome.

It's so confusing and tight that finding a hostel on two wheels is impossible.

Ben goes on foot to sleuth it out.

I’m on red alert - someone is gonna to rob me.

The locals won't leave me alone...